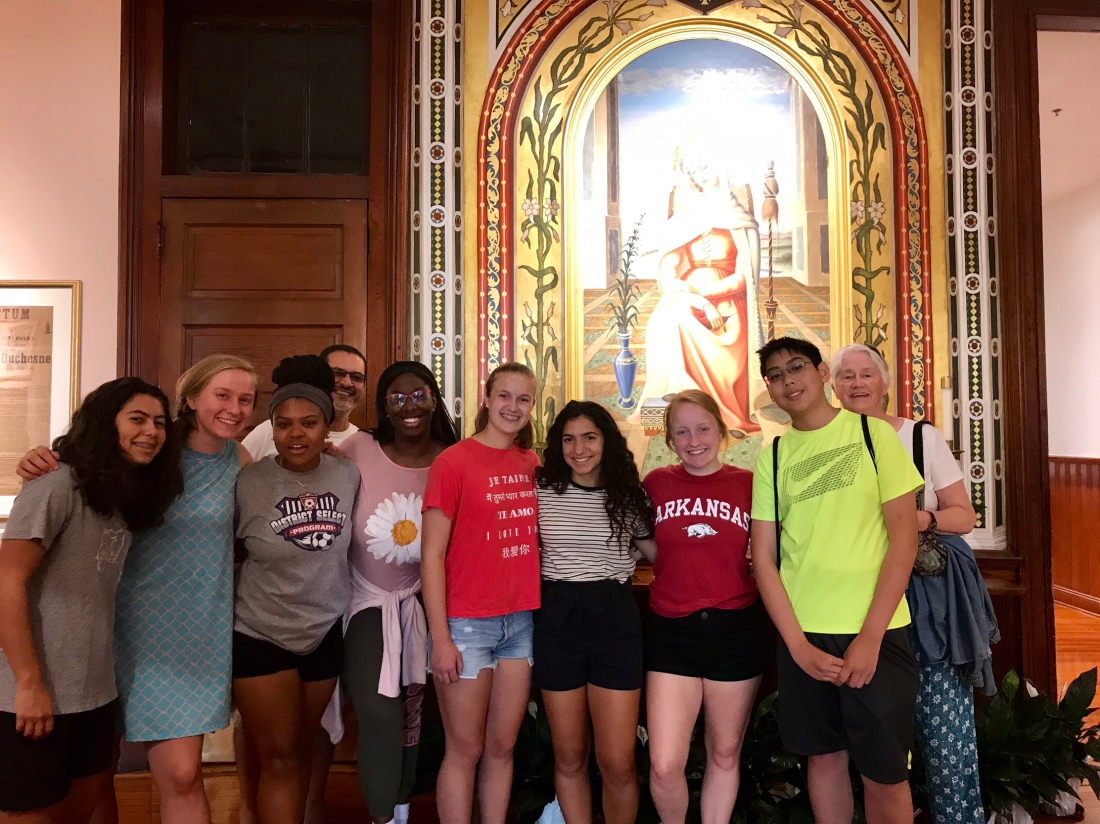 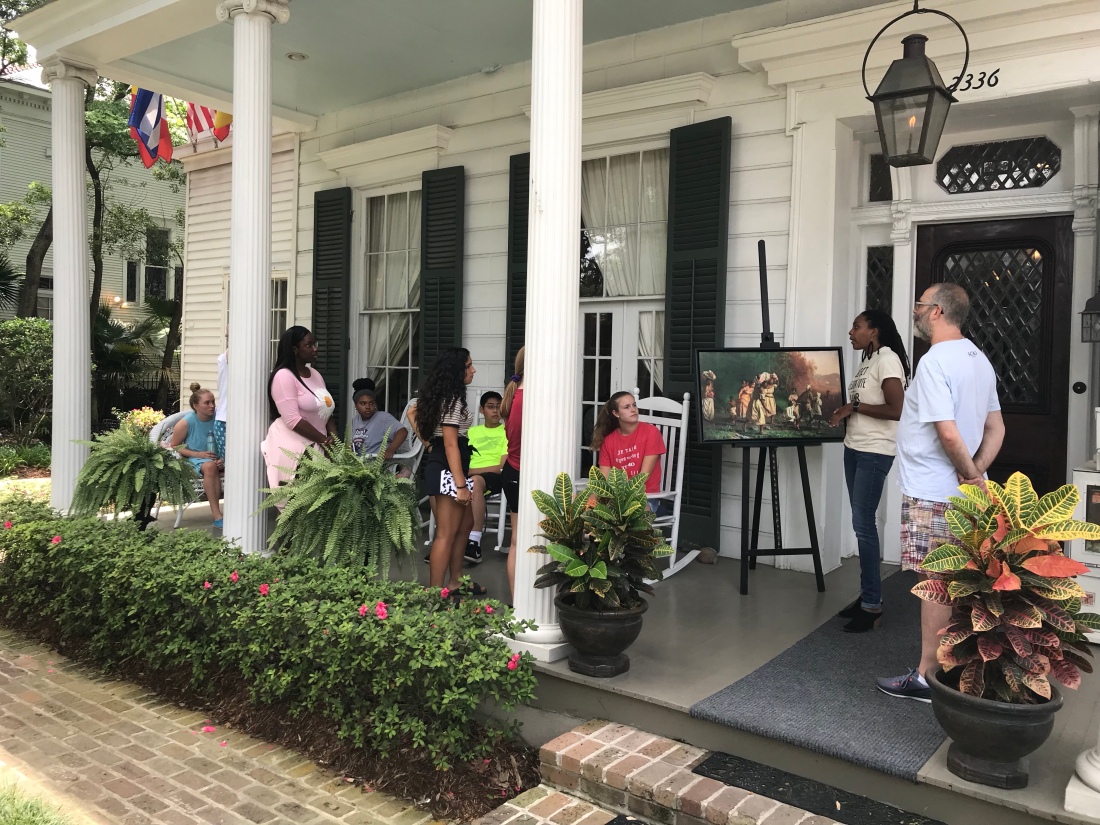 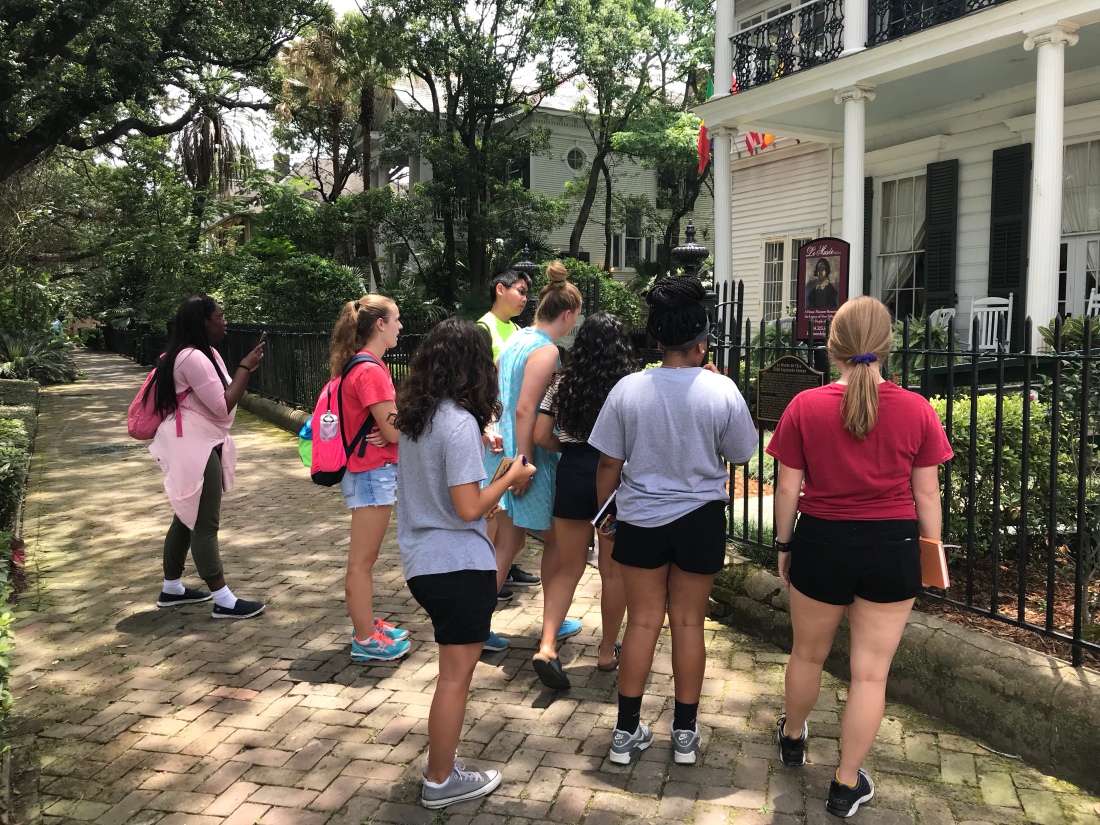 At the beginning of the day, we went to the Museum of Free People of Color which was probably my favorite museum experience of the whole trip. Our tour guide, Kim was very articulate and intellectual, and she told us about what life was like for free African Americans during the colonizations of the French, the Spanish, and the new found nation of the United State. For me, this was a huge experience on race, discovering the struggle and perseverance of the black people in New Orleans, who despite segregation were able to thrive and build themselves a life through their own understanding as people from New Orleans. Also, we were shocked to find out that New Orleans holds the biggest prison in the U.S., the Angola Prison, where inmates pick cotton in chain gangs today. To uncover the truth that jobs similar to enslavement are still forced upon African Americans exposes the cruel reality of racism’s constant presence in the South. The idea of racism was further explored at Studio Be in B Mike’s art exhibit, which displayed both the struggle of discrimination and poverty that black folks face today, especially in New Orleans after hurricane Katrina. B Mike had a whole section that was focused on Katrina, which showed how devastating flooding was for many of the poorer people in New Orleans when their homes were completely destroyed and they had lost most of their life, current and past. Finally, we met Chief David who displayed that even amongst hard times, culture, something very emphasized in New Orleans, can remain so prominent despite tragedy. After both Katrina and his father’s death, Chief David continued to make his “suits” and use Mardi Gras as a way to lead and gather his community to celebrate their ancestors. You could sense the pride he had in every costume, showing that people here value traditions more than anything, as he said, “You don’t have to be rich with money, but you can be rich with culture”. -Isabella Jordan

My favorite part of the day was our trip to the Museum of Free People of Color. It was one of a many experiences that shared a completely different side of history that I had never heard before. The perspective of enslaved and free Africans in New Orleans during the 1800s was eye opening, and the fact that none of it was in the history books our school uses was upsetting. Another impactful activity was a visit to Studio Be to explore the culture aspect of our trip. The art was beautiful and and impactful. Finally, we ended with a visit to African American Indian Chief David. I loved hearing him talk about his culture and singing the songs with him.-Sofia Houts 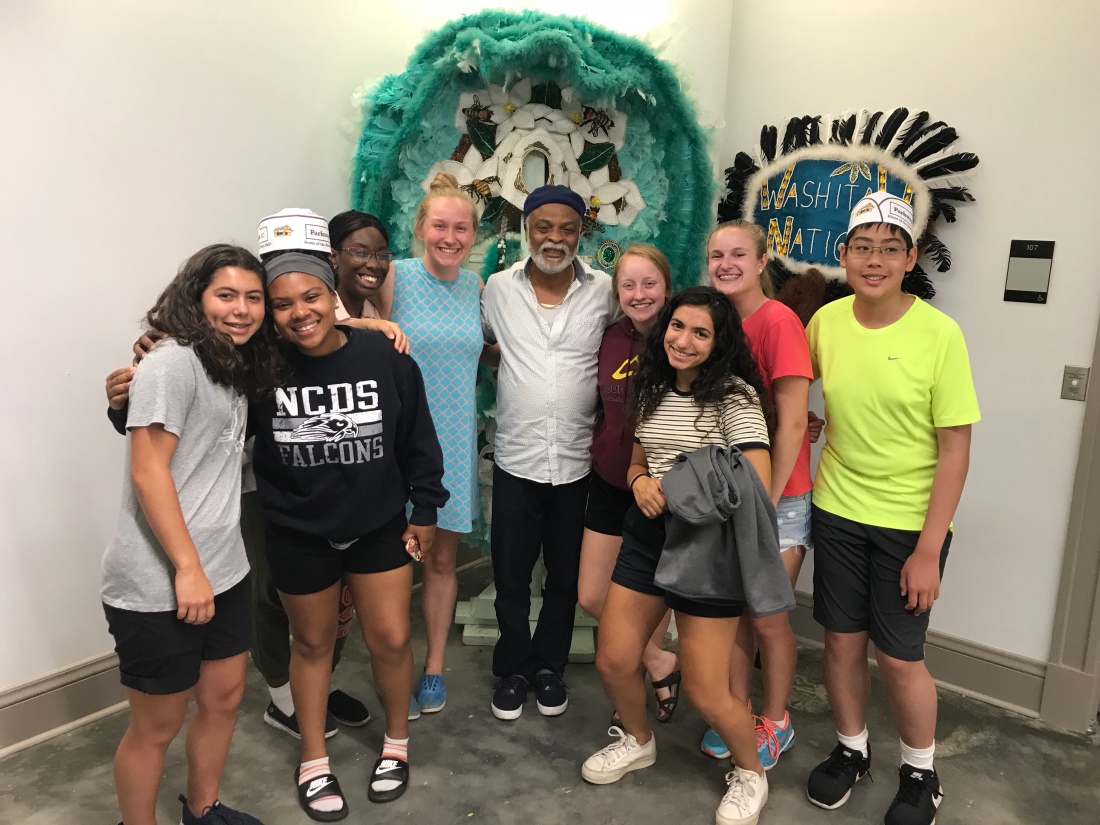 We closed the day with dinner at the world famous Parkway Bakery for poor boys and continued to work on our projects.

Published by Duchesne House for Volunteers

Duchesne House for Volunteers, in New Orleans, Louisiana, offers hospitality, immersion experiences and reflection for youth and young adults ages 16-30 doing service rebuilding homes, meeting people in New Orleans still dealing with the long term effects of Hurricane Katrina, exploring the various histories of the city, learning about the causes of the devastation and engaging in reflection and discussion with Religious of the Sacred Heart and others at Duchesne House. View all posts by Duchesne House for Volunteers